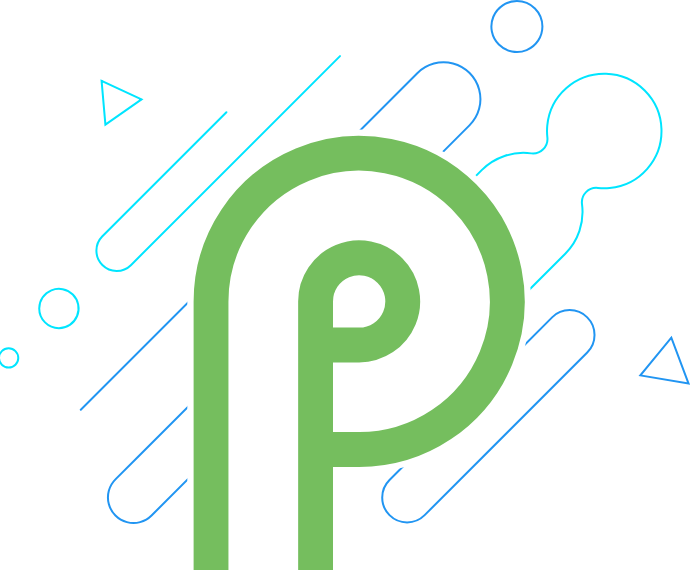 Android 9.0, or also known as Android P, will be the upcoming new Android update! And one of the features it struck me is its AI learning machine system. And digging a little further about Android P’s AI is its capability to take care of our battery juice. Google have introduced the “adaptive battery”. This is where AI learning machine will take care of your apps and grouping them with a different restrictions. We will be discussing about it more in a bit.

Android P will be the ninth major update for Android smartphones after the current Android Oreo OS. Android 9.0 or Android P was first announced publicly by Google on the 07th of March 2018 as Developer Preview. Android P does not have an official code name like its predecessors such as Oreo, Nougat, Marshmallow, Lollipop, etc. As expected, the initial releases will show different issues – or bugs as we call them.

Many were excited after the seeing Google I/O held at the Shoreline Amphitheatre in Mountain View, CA last May 8-10. Google revealed so many great things to expect and one of them is Android P. Aside from Android P, there’s the Google Assistant improvements. Google Maps and Google Photos will be getting upgrades as well. But what we would like to show you here is Android P’s features – at least the highlights.

After seven years since Android 3.0 Honeycomb was introduced, it’s finally time to say goodbye to the good old navigation buttons. The Android navigation buttons we’re saying is the Back, Home, and Recent buttons. This will now be replaced by a rounded pill button as your Home button. So how can we go back? How can we check and open our recent apps? Worry not, there’s a new way to use Android P for navigation. It will not be that easy at start once you get hold of Android P. Here’s how Android 9.0 navigation works:

These new gestures are quite confusing, we know! But change is inevitable and it seems this is the kind of future Google is leaning towards. Well, let’s see if Google will put back the old trio before the official release of Android P.

Ready or Notch, Here It Comes with Android P Support

Love it or hate it, notch design or “display cutout” is the new front display trend. Despite the claims that Android is copying Apple’s iPhone X end-to-end screen display with notch. This notch in Apple’s iPhone X was not loved by many but it seems that this is the “new thing” in the smartphone world. After the release of iPhone X notch, a couple of smartphone followed the design. OnePlus 6 design adopted the design as well. Same design was adapted by other manufacturers like LG G7 ThinQ, Huawei P20 Pro, Asus Zenfone 5.

As described by Allen He in Qoura, dual camera usually pertains to the rear camera with dual lens. This built-in dual camera is also known as stereo camera. A stereo camera makes the picture vivid and detailed.

Android P is now prepare to support dual camera Android smartphones. Google have prepared a new API for apps that will be used in Android smartphones. According to Android Developer Blog, this API will let “access streams simultaneously from two or more physical cameras”.

Another feature of the new improvement in camera is that it will help to reduce delays during the initial capture. Also the Surface share will let camera clients handle various use-cases without the need to stop and start camera streaming.

Android Messaging and Notification gets Updated

Starting Android 7, if you have not noticed, you can directly reply to a text message from a notification. Android 9.0 made additional enhancements to messaging.

These are just few updates in messaging and notification mentioned in Android Developer.

Google, a tech giant, now partners with DeepMind working on a feature called “Adaptive Battery”. This Android P feature uses artificial intelligence (AI) to manage how you use your smartphone.

The AI learning machine will determine how you use your apps over time. Then it will help your smartphone to figure out which app you use frequently against for those app you use occasionally. The AI will now then categorize your app into different group restrictions. This group restrictions will use four App Standby buckets that ranges from “active” to “rare”. As time goes by, the AI will reclassify again your apps. It will depend on how frequent you are using them.

With Android P’s Adaptive Battery, it will give your Android phone longer life to last a day without charging it again. It will save more battery since the AI will put restrictions to your less used apps running in the background.

Maybe this Adaptive Display feature is not something new to Android users. But what’s new is it’s using now AI as well to determine the most suitable viewing level experience. This is another feature DeepMind is working on with Google. Google P will automatically adjust the brightness of your display. It is an additional aid to Android P’s Adaptive Battery.

With Android P, the built-in AI learning machine now utilizes App Actions. What does this mean? Your Android smartphone can proactively suggest the next app you might use. For example, if you take Uber everyday,within a specific time range, Android P will suggest that action for you. Or let’s say you plug your wireless earbuds then Android P will suggest if you want to resume listening to the last song you were playing.

Isn’t that cool? And this brings us to App Slices feature. This is another Android P feature that will let you do important tasks without opening the actual app. For instance, again Uber. If you use Google Search to search for Uber then App Slices opens an interactive window. This interactive window will display the rate and time if you go to a place you searched.

Android P Will Rehabilitate You from Being Nomophobia

Nomophobia is the fancy name called for when a person with an irrational fear having away from a mobile device. It simply puts that a person is experiencing smartphone addiction. With Google P, it will help the person fight this addiction by improving what the tech giant calls “Digital Wellbeing”. According to Sameer Samat, VP, Android & Google Play:

This is what Samat said during the Google I/O keynote while discussing Digital Wellbeing.

How does the improved Digital Wellbeing works?

There are three notable inclusions within the digital wellbeing feature. On a high-level overview, Android P will now try to change your lifestyle. From being clingy to your Android devices, Android P will try to change you stay away from your device as much as possible. With this, you can focus on other urgent matters or spend more time with your family. The three features I’ve mentioned are as follows:

The official public version of Android P will be released sometime in Q3’2018 – probably starting August. But for the Android P or Android 9 Beta version, it is now available for download on the following Android devices:

If you are a current Android user of any of the mentioned smartphones above then you can do the following to install Android P.

How To Uninstall And Roll Back To Oreo If Android P Is Not For Me?

We’ve seen the evolution of Android OS and so far Android P is something to look forward. It is packed with so many great nifty apps. However, not all people have the same opinion about the latest Android P – some will love it, some will not. Well, just put it this way. At least we can see that Android isn’t stopping trying to innovate. Making new things possible. Right? Just be that positive.

Although, I am not expecting a complete rollout this year for all latest Android smartphones or devices. These changes needs to be gathered by manufacturers. These manufacturers need to work with their programmers to integrate the Android P changes with their current OS. This process will take time. But might as well wait. And while waiting, let’s see more changes in Android. Especially the changes on AI learning machine technology.

If you missed the Google I/O last May 8, you can watch it here.