How would you feel if you become one the best iOS app developer at a very young age? And I mean literally young.

App development remains to be one of the most lucrative professions today. That is why a lot of young professionals have ventured in information technology, software engineering and applications development, apart from their current jobs. The truth is… anyone can code. Any person with high understanding of logic and algorithm are gifted to read and write codes and develop applications. Moreover, any person can aspire to become one of the best developers. Have you heard and read the story about Masako Wakamiya? At the age of 82, she was recognized as the oldest iOS app developer in Apple. Are you getting the whole picture now? Age isn’t a stopper to aim and reach your goals.

In fact, a ten-year-old can and Apple has recognized this youngster’s feat as one of the best iOS app developers in the world. 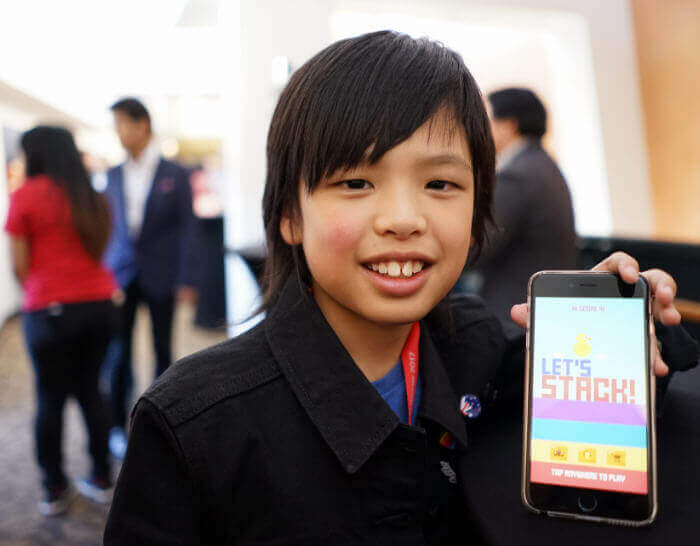 Yuma Soerianto, a 10-year-old schoolboy impressed Apple CEO Tim Cook after being the youngest participant at the Apple’s Worldwide Developers Conference. His works have been getting praises from his co-developers and even Apple’s top management.

Yuma Soerianto is currently a Middle Park Primary School Year 5 student. At the age of 6, he decided to begin studying coding since he finds his schoolwork isn’t challenging him anymore. Last year, he created his very first application. And now, he already has five in the iOS App Store. One of which is Hunger Button, which he developed to help people find the nearest restaurant around their area. He also developed Let’s Stack after he was inspired by an arcade game at St. Kilda’s Luna Park.

Aside from these apps, he also developed Kid Calculator, Weather Duck and Pocket Poke.

Yuma Soerianto’s objective is to be able to go the biggest developer’s conference in the world and finally get to pitch his ideas to the Apple CEO. Now, he already met Tim Cook and impressed him with a very unlikely application which he quickly made when he flew from Australia to US.

Upon demonstrating his app, Cook told Yuma: “Very cool, that’s great! You did this when you were on the plane from Australia to the US? Wow. You can make an app in one hour. I’m impressed. I can’t wait to see what you do next.”

The application Cook was referring to was inspired when Soerianto’s parents couldn’t work out the price for goods with corresponding local sales tax when they go for souvenir shopping during their trip. He even integrated currency conversion in the application, which makes it truly useful and functional.

Anyone Can Code Advocacy

Yuma Soerianto used Swift as programming code for creating his applications after he studied online courses from Stanford. Not yet impressed? As early as ten, he already advocates programming. In fact, he also helps other coding enthusiasts to be one of the best iOS app developers in the world, via his Youtube channel, Anyone Can Code.

Aside from being one of the best iOS app developers in the world, when asked about his mission for the future, he said: “Actually I want to make apps that can revolutionize the world. And I also want to teach the world coding and get people into coding.”

To know more about Yuma Soerianto, check out this video: