We will bluntly start this article by saying that “hackers surely loves you whenever you connect to public WiFi providers”. You probably don’t know the security dangers of public WiFi. Or probably you’ve heard that connecting to public WiFi is risky, yet, you keep on doing it. That is why we want to share with you what are the things you should know once you hit that “connect to WiFi” moment.

Nowadays, the need for Internet data connectivity is turning into a “necessity thingy”. Moreover, there are more and more people whom we can call “nomophobic”. These are people who can’t seem to let go of their mobile phones. As if it is almost a disease that you need to check your phone and swipe. Most people are busy with checking social media updates, check-ins, or uploading their ATMs (at the moment) updates.

Having said, it can’t be denied that connecting to public WiFi is one of the best conveniences there is. And public WiFi providers are getting bigger. You’ll see public WiFi hotspots almost everywhere – malls, coffee shops, airports, restaurants, and many more. There are other countries and cities installing public WiFi on the streets. Pretty convenient, right? You can save more Internet data and won’t have to pay higher data on your monthly bills.

However, what you don’t know is the threat you’re facing because of security dangers of public WiFi. While you are using such free Internet connectivity, you’re exposing yourself with public network security threats.

We’ve compiled a couple of these threats and dangers you probably not aware of whenever you connect to public WiFi.

Before you enable your phone’s WiFi and attempt to connect to public WiFi, then you should read the following threats first. It is better to be careful and mindful before you regret connecting.

But if it can’t be helped and you really need to connect, then it is advisable that you use a secured and reliable VPN app. This is to make sure that you’re secured from any malicious intrusions.

Man-in-the-Middle (also called MitM) attack is the most common and popular threat when connected to public WiFi. How it works? Imagine yourself conducting an online banking – let’s say paying bills. You will need to login from your bank app using the available WiFi Internet connection. Let’s say, you and your phone are Point A. While the bank server/database you’re trying to connect with is Point B. Hackers sees this as an opportunity to intercept the data transfer in the middle of your transaction.

If that’s not yet sufficient enough for you to understand, imagine you’re talking with your someone. Then without you knowing, another malicious person is eavesdropping to your conversation. He will now have the access to gain pieces of information based from the discussions you’re having with your friend. Just imagine how much you can lose once your data is compromised.

One of the most common ways for hackers to lure you and get information. This is a hacking method where hackers can setup an open WiFi hotspot to the public. Most commonly setup in restaurants, airports, coffee shops, and malls. Such setup can lure people to hook in and connect. Sometimes, these hackers will mimic the legitimate router setup of the establishment so that it would look like a trusted network.

Hackers will find an establishment or place where there are so many people trying to connect. In such scenario, let’s say a mall or airport, the available public WiFi can be assigned to a limited number of connections. Often, the network can become sluggish and congested. So, people will disconnect to the legitimate network and try to scan again. This can be the awaited opportunity for the hackers to grab all the information you are transmitting over their network. You are now compromising your account in this situation.

Packet sniffing can be used for good and bad. The latter is what we want to avoid. Software like WireShark, is a good tool for troubleshooting web traffic testing. It can track and monitor the behavior of your browsing activity. It also records the HTTP requests and responses – including vital information you pass or get from transacting online. Because of this, hackers can use this nifty software to also intercept and monitor your Internet activities.

Phishing is another common fraudulent hacking attempt that malicious people do to steal information from their target. It comes in an approach like fake or rouge public WiFi providers. One of the difference of this phishing method is it creates a landing page before you can connect to the network.

In some airports, a page will be offered to you before you can connect to the public WiFi network. Sometimes, it will ask for your passport details as a confirmation that you are one of the travelers waiting inside. A hacker can mimic such pages and innocent as you are, they will ask for more information. Or using the same look-and-feel page, once you are hooked in, they can steal more information from your device or Internet activities.

Worms Lurking Over the Network

Malicious worms is one of the security dangers of public WiFi that you must be aware of. A worm lurking in the network can be quite dangerous. It doesn’t matter whether you’re connected to a legitimate public hotspot or not, if there’s a worm lurking in the network then it can be a real problem. A worm can jump from one device into another and propagate itself. And if you don’t have a security setup on your device then you’re prone to get your device infected.

You’ll be lucky if the worm isn’t harmful but surely it can spread more after it goes after your contacts. It can spread and possibly appear as a legitimate email coming from you with infectious payload.

If the establishment’s network administrator is inexperience, careless or hacker, you might end up seeing yourself in trouble. Most commercial routers available, the security settings are off by default. If the modem WiFi router not properly configured, then anyone connected can be exposed to all risks. Hackers can easily penetrate the network and fire away all the possible intrusive activities.

It does not make any difference if the hired network administrator of the establishment is a hacker. They can maliciously setup the network hotspot where they can control everything.

One way or another, mishandled configuration of a modem WiFi router is dangerous for the end-users who will connect to the network.

Shoulder Surfing Is Snooping Around You

Shoulder surfing is a social engineering technique where the hacker is literally looking over their victim’s shoulder. This method does not directly use complex machines but it is still one of the security dangers of public WiFi. The objective of this act is to steal any information by observing what you are doing. They can record whatever you are doing online. Your login details or any important information is valuable for them. Distance is not an issue for them. They can steal your information from nearby or by afar.

What Should I Do Then?

The best protection against malicious attempt to steal your personal information is awareness. Knowing what you are against up to, even as basic information as we’ve shared, is more than enough to keep you vigilant. We can provide you a couple of ways how you can avoid yourself from being exposed.

Data such as personal information is very important. And if you become too lax and trusting to any Internet connectivity then you are exposing yourself to the security dangers of public WiFi usage.

We do hope that this article had been helpful to you.

Share this article with a friend.
Next Article
Tags:Security VPN WiFi 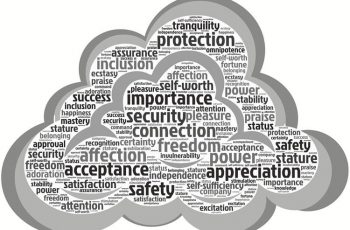 What's In Here1 What Causes Slow VPNs?2 Then, Which is … 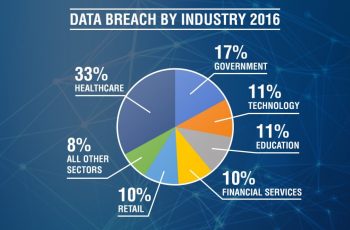 What's In Here1 The Adobe X Security Improvements2 How to …