There will be a time that you will wish that you can make your MacBook Pro run faster. That is a fact! This is true for any devices, whether it is your mobile smartphone, desktop computer, laptop. Or anything that uses data storage. You will experience that your device isn’t performing as expected as compared to the time when you first bought it. And today, our focus will be your MacBook Pro. We can share with you our actual experience on how was it possible to make your MacBook Pro run faster by just changing one part of it. And that part, an essential part, is the data storage.

If you Google for tips on how to make your MacBook Pro run faster, you will a lot of recommendation. But you’ll surely see some common answers. One good reading is the one from Dylan Love’s article posted in Business Insider. He talks about this 13 ways to make your Mac run faster. And I spotted one of them which really works. Buying a solid state device. What we are about to share is the actual experience my friend did on his MacBook Pro which he bought 4 years ago. Overtime he noticed changes on how fast was his MacBook Pro was doing. Applications starts to become sluggish. It is now taking time to open any applications, viewing photos, or even playing music.

Without any further adieu, what we’re recommending if everything fails is upgrading your MacBook Pro’s hard disk. From MacBook Pro’s stock HDD to SSD. 🙂 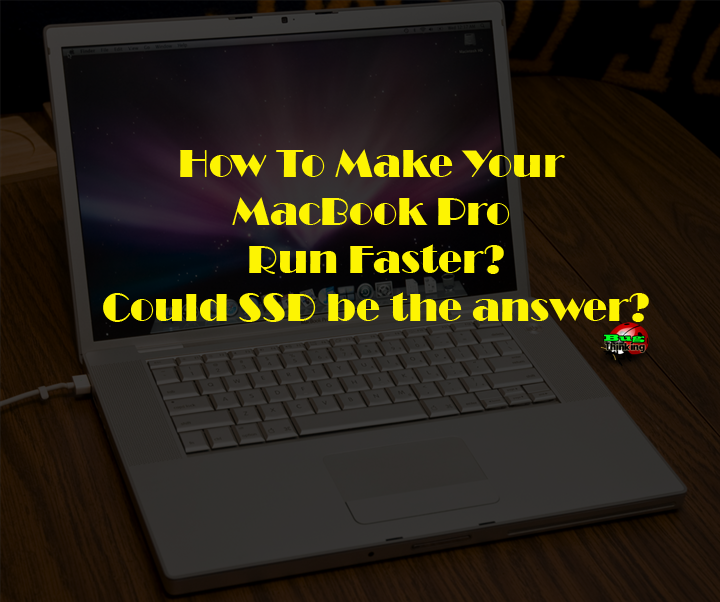 SSD? What is SSD anyway? How it differs from HDD?

Too many questions in your head? We can go all day discussing about them both. But I am sure you just want the general idea. That’s what we’ll give you.

Generally, most common users will think that a hard drive is nothing but a hard drive. But expect some weird names aside from the brand of your choice if you go to any online shop or to your favorite computer store and ask for a hard disk replacement. Most often, you will hear them offering you with something like SATA, SATA II, SATA III, SSD, and many more. Instead of having your problem fixed away to make your MacBook Pro run faster, you are now faced with another challenge. And that is picking the right storage device. So to cut to the chase, what we are saying now is go for solid state drive (SSD) device. It will do you more good than bad. And you will never go bad. 🙂

In essence, both HDD (hard disk drives) and SSD (solid state device drives) does pretty much the same. That is to store data. Data which translates to whatever files, documents, movies, MP3s or music, stored in your MacBook Pro or any computers. They are both non-volatile data storage. Non-volatile simply means that even if you turn off your computer the data or your files are still there.

HDD, In General is?

HDD or a hard disk drive is that peripheral which looks like a metal-like lunchbox inside your computer. It was first introduce by IBM in 1956. Yes, that long! And since then, HDD was commonly used and uttered. Even today, you will seldom hear people directly saying “I need a SSD…” when they go to a store. Inside an HDD, well imagine an old turntable. That is the closest description I can give. HDD consist of metal plates covered with magnetic coatings. That magnetic coating is the essential part of the HDD because it is responsible for storing our files.

Basically, HDD performance (or even SDD) varies on speed. And this is measured by how fast the platter spins to read or write. Commonly, on most computers, desktop or Mac alike, the drives spin ranges from 5,400 RPM (Revolutions per minute) to 7,200 RPM. While most server-based disk can go higher up to 15,000 RPM.

As mentioned above, in terms of functionality both of the two devices works the same way. To store data. But there’s one dominant difference that is noticeable. That is if you can open a SSD device, you won’t see those metal plates. You’ll see chips instead.

If you have seen or familiar with a USB memory stick, then SSD is the more sophisticated and bigger version of that. There’s no moving motor, arms, no spinning platters. It’s just an enclosed circuit board with microchips inside called NAND-based flash memory. There’s no mechanical parts to perform the read and write. It uses an embedded controller to do the read/write tasks.

A solid state drive can actually outlive you as the data retention can go as long as 200 years of more. WHOA!

A Comparison Between HDD and SSD

Below is the analysis and comparison explained by Storage Review for HDD and SSD. 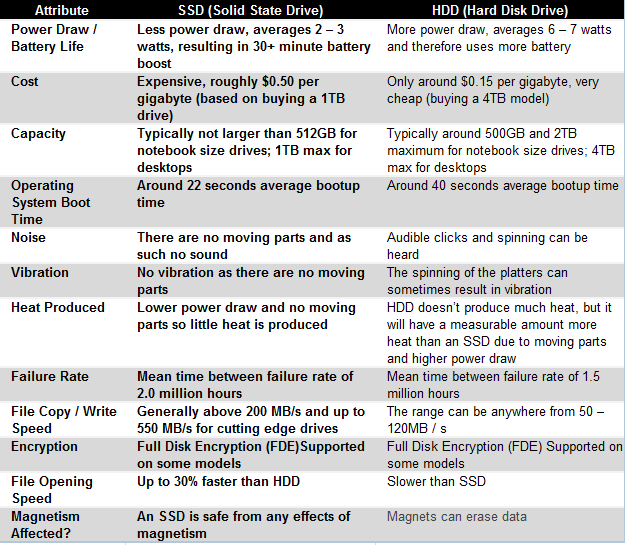 But, durability wise? I will go for SSD drives to make my MacBook Pro run faster – or any computers.

Here’s another video I found which can show you the comparison between SSD and HDD. 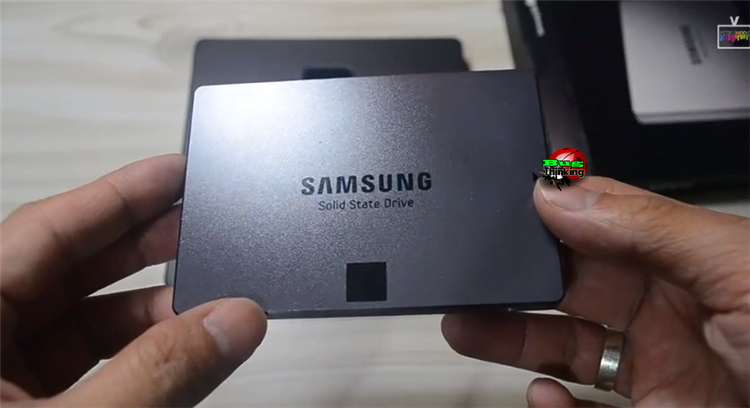 This video is the one from my colleague who actually bought and installed Samsung 840 EVO 250GB 2.5-Inch SATA III Internal SSD (MZ-7TE250BW) on his MacBook Pro. You will see the difference in terms of speed of SDD as compared to the MacBook Pro stock Hitachi hard drive.

From one of the published articles in Apple Discussion, there one topic about the changes or upgrades you can do with your MacBook Pro without compromising your Apple warranty or AppleCare extended warranty. And that is either upgrading the RAM and upgrading the drive in the hard drive bay. Read more here.

The article pretty much say things like what you should consider before upgrading to solid state drive, which one you should buy and how you should go about it.

But in our case, we used Samsung 840 EVO and you can check below how much improvement we’ve gotten into after the installation.

Another SSD vs HDD test on PC Games

Then, I found also another good benchmarking test from OCZ about their OCZ Octane 512GB SSD compared to Seagate 7200 RPM using Windows 7 Professional 64-bit. All other specs were pretty much the same.

Basically, it is entirely up to you if you want to go for solid state drives or SSD. You can say that HDD capacity is much larger and much cheaper. But in the long run, which one will you prefer? A sluggish and non-responsive MacBook Pro? Whereas if you go for SSD like Samsung 840 EVO then speed will no longer an issue.

Besides, since SSD does not have any rotors, mechanical arms, moving parts, then you can assure that even if you toss around your laptop your data is still safe (but not the laptop). What I am saying is that SSD is more durable as compared to SSD. With regards to the storage capacity. Ideally, the internal drive should contain mainly of the operating system and apps. All other data or files should be stored in an external drive.

Again, you can go first on the most basic steps to optimize your MacBook Pro if you are still unsure of buying an SSD.

But given a chance, will you buy a solid state drive or SSD to make your MacBook run faster?