Facebook cover videos, soon users can update their pages cover photos! Facebook was reportedly testing the new feature where letting some selected users to use cover videos instead of the conventional cover photo. Facebook users, can soon update their pages and represent their company or product with a slider or moving/looping video. This will make the product/page more interesting.

Our page, BugThinking, well it is still using the conventional cover photo – I guess we’re not one of those lucky users. But we’re not losing hope, not just yet! 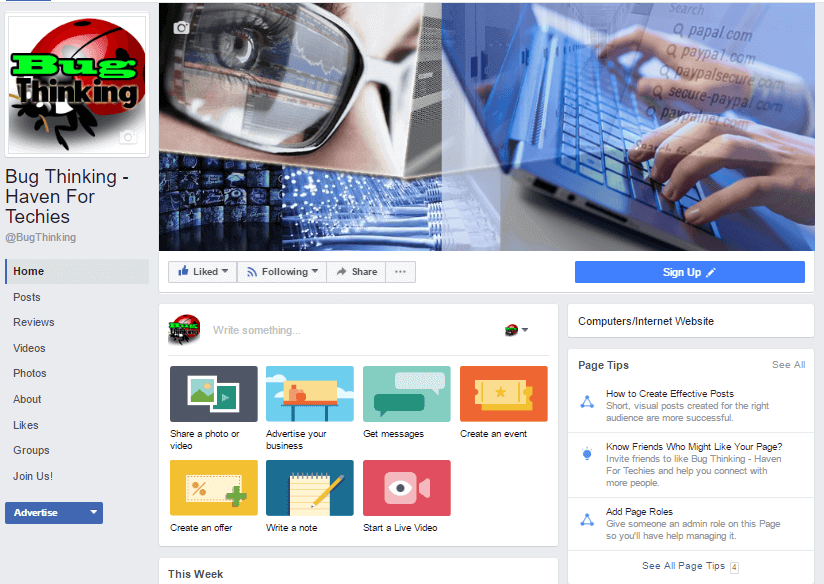 This idea about cover videos was one of the wishful request that has been sitting in the Facebook community for almost 2 years now. A user said that he saw some pages who uses video as Facebook cover and asking if he can use the same. Unfortunately, he only got a reply that the product is not yet ready for the public. 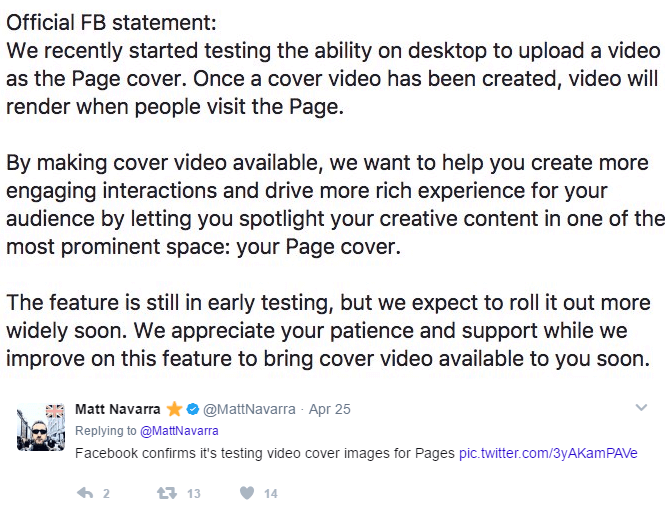 As I’ve initially mentioned, it is not publicly released for all Facebook users. However, I guess it won’t hurt if you prepare now. And details of the Facebook cover videos image, like size, has been divulged by Moshe Isaacian.

I guess, what we can do now is wait until the Facebook cover video images has been publicly released.