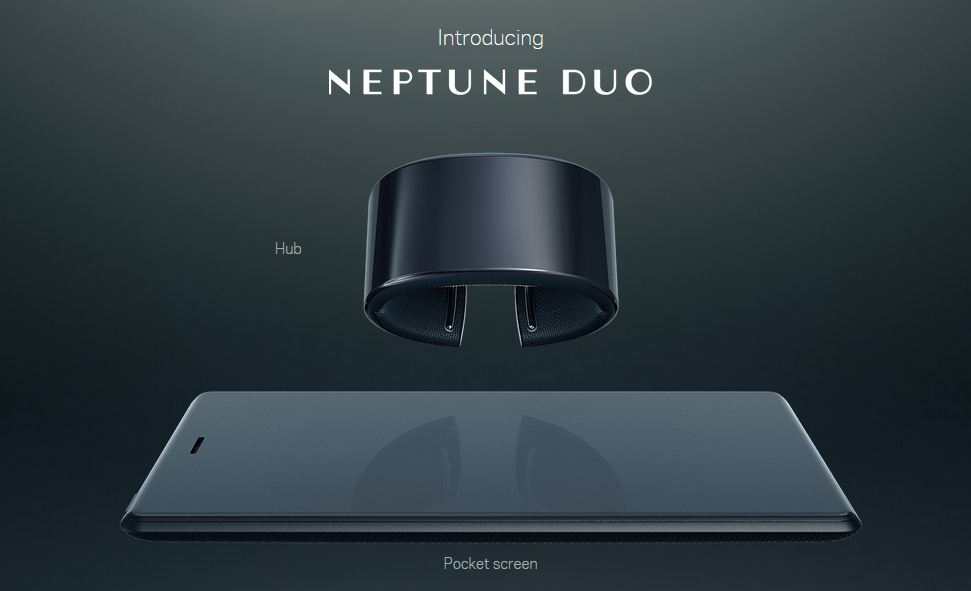 Before we proceed on what we are to expect on the latest and new wearable wrist watch from Neptune, here’s a little information we want to share.

This is not the first time that the company Neptune released a wearable gadget. The company’s first Android “wearable computing” device was called Neptune Pine. A 2.4-inch screen Android wrist smartwatch. But Neptune Pine wasn’t fortunate to last long and there had been some questions around the gadget – like battery life. Especially since Neptune Pine will have to run 3G almost all of the time.

Then months after, Neptune Pine Reinvented popped-out. After the infamous first version of Neptune Pine, comes an Android 4.1.2 Jelly Bean new wearable wrist watch. This time, it turns out to be better than its predecessor. And it even reached its target in less than 24 hours after it was released in Kickstarter.

It is not only wearable but removable as well because of its mountable camera. This camera can be connected to a special Helmet Mount. But what’s more interesting about this gadget is it’s totally independent. It does not require connection to your Android smartphone to do your voice calls or video chat. Below is the specs promised by Neptune.

Neptune now announces their latest wearable concept that you can put into your wrist. Meet Neptune Duo. It consist of Hub, an Android Lollipop standalone new wearable wrist watch. And it doesn’t come with just that. It also comes with a 5-inch 1280x720 display Pocket Screen.

The Hub is a big bracelet with a curved  2.4 inch capacitive touchscreen. A standalone wrist watch which you can connect to Wi-Fi hotspot (powered by 802.11 Wi-Fi). It is also possible to receive and send messages for it is GSM/3G/LTE supported. Neptune, wants us to take time to focus on the Hub itself. Unlike any other smartwatches in the market, it’s totally independent. Most released smartwatches were Bluetooth-tethered accessories for your smartphone; either for fitness tracking or as a sort of notification center. But this one can act on its own. It is like a mini version of your Android smartphone situated into your wrist.

Now, since the Hub only has a 2.4 inch screen display some tasks will not be possible to do. And this is the reason why the Duo comes with Pocket Screen.

Power Screen is a 5 inch capacitive touchscreen with 1280x720 HD resolution that will do bigger tasks. The Pocket Screen will complete our new wearable watch. We’ve mentioned that he Hub is a standalone Android device but it’s still far from being complete. Pocket Screen is not only made to be the bigger screen of the Hub. It also house the front and rear camera of Neptune Duo. It also sports a microphone, speakers, and loudspeaker. This will make sure that you can still do your normal smartphone tasks. But with one catch. The Power Screen is not capable of storing any data. It will be the job of the Hub. So exclude the thought that the Power Screen will be the exact replica of any smartphone. Not smart really. Not yet, that’s according to Neptune.

So to complete the Neptune Duo, here’s the specification of Power Screen.

What’s our take on Neptune Duo?

Another crazy yet amazing! That’s our first impression for this new wearable wrist watch Android based gadget. However, we long for something more. We think there are still rooms for improvement. We’re not saying that the idea of putting this new amazing technology into production will go bad. About the hub screen display, well there’s nothing much to say and for me I think that it’s just enough to do its job. Well, I am sure others will not agree because they don’t want bulky wearable wrist watch.

The Power Screen, on the other hand sure does brings us to a lot of questions in our mind. The Hub is already clunky and bulky, yet we have to carry another device as big as an average smartphone in our pocket. So imagine yourself with this new wearable wrist watch clamped into your arm. Then you have on your pocket your personal smartphone plus the Power screen. How bulky is your pocket gonna be? I understand that it’s because of the cameras and the other stuffs in the Power Screen. But can they just create an app that can be integrated to Android and iOS? So flexible that it can work on both platforms? I think more people will be interested if that’s the case.

The built-in software. That’s another story, there’s so much stock bloatwares inside this gadget. I don’t know about you but looking at the list of apps listed in Neptune Duo, I can only count the apps which will really benefit me.

If you are, you can head to Neptune Duo’s official website. The price of Neptune Duo is $798, all in. You can either reserve for free or pledge. If you reserve now for a set of Neptune Duo, then there’s nothing for you to pay. Not until the new wearable wrist watch ships and knocks on your door. You will owe the company the full $798. And if you pledge, you have 3 choices.

Below is Neptune Duo’s promotional video. Enough said, what is your take with this new wearable wrist watch Android device from Neptune? Do you think it will win the heart of many gadget and geeky lovers out there?